February 02, 2014  •  Leave a Comment
I took one suitcase, some expectations and a ton of anxiety and left my comfort zone in the city for 2 whole months. My destination: Orland California. A god forsaken town, three hours north of San Francisco.
Actually, I didn't even get to Orland, but to a place which is a 20 minute drive from it. The Germans would call it "der  Arsch der Welt" (=the ass of the world) and would probably be accurate.

There is no fully working Internet connection here, no phone service at times; Sometimes the water freezes in the pipes and there is little or nothing to keep one entertained. So why did I come here, you ask- well I came to volunteer at a Farm Sanctuary animal shelter.
Farm Sanctuary (FS) is an American organization which purpose is to create an alternative to industrial farming and allow rescued animals, to do something which is quite rare in the industry- live;
Run around, play, have meaningful relationships with their kind, eat, sleep, drink, enjoy the northern California sun which keeps temperatures at 15-19 degrees centigrade even in the middle of January, live. 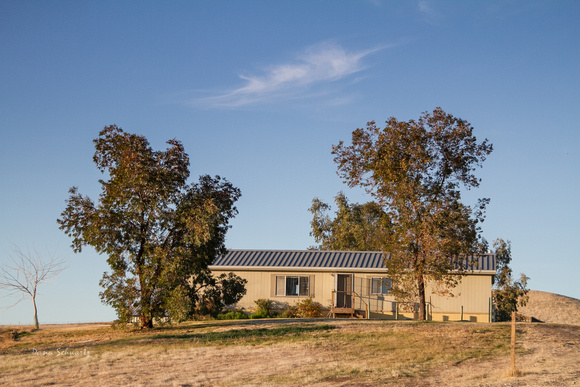 The shelter is a farm, like any other farm you'd imagine - with barns and pastures and fences and even scarecrows; But it doesn't produce anything, well perhaps only happy animals. Though, I wouldn't call them "products" I'd just call them by their names; Whittaker the steer and Madeline and Jacob the goats, Amelinda the turkey girl and Cary the rooster, Zuri the sheep and Gwendoline the duck and Poofy the muscovy duck and Raphael the turkey boy and Susie Moo the cow and Albert donkey and Bruce the sheep and Milly rabbit and Camelia the chicken and Lyn and Swoosie and Oliver and Mario and Coco and Peanut and Lilly and Matilda and Bogart and Bacall and Astaire and Brando and the list is way too long to actually call everybody...
I came to volunteer.
It isn't as glamorous as it sounds- if anyone finds it glamorous. I clean barns and do a ton of laundry, collect eggs and do laundry, I feed the sick birds, at times I do something exciting like restrain a sheep or a goat during health checks (I'm telling you, if you have not yet experienced the joy of chasing goats in a barn you should - an extremely recommended activity if you would like to feel light headed without drinking any alcohol) and I do a ton of laundry - have I mentioned that?
I sunscreen the ears of pigs which years of selective breeding have made extremely sensitive to sunlight, I take out the old hay and lay new instead and do some more laundry.
But I also hug and pet and get to see cows and steers who weigh hundreds of kilograms run (!), yes they run across the pastures; and I give the chickens fruit cocktail and the pigs - sweet treats and I touch and feel and love them and at times I hate them- especially when I have to scrape turkey poo - that is the worst.
I feed the donkeys carrots and the goats apples and they nibble on my fingertips with their tiny perfect teeth.
I live next to them and they live here and sometimes they die, of old age, after having lived their lives like nature had intended it. And there is someone here to bury them, someone to mourn them and someone to remember them.
My decision on a vegan lifestyle has brought about a change in perception. It is probably the most important decision I have ever made and one which I am most proud of.
Oh don't worry- you can go on reading - this isn't one of those posts which uses harsh and assertive words to try and convince you that these beautiful creatures deserve to live as much as we do (and maybe more so). Perhaps it is one  which attempts  to do that with pictures.
Pictures of the fortunate ones.
Phoenix and Coco in front of the house at a beautiful twilight hour

And there they are again - as one body 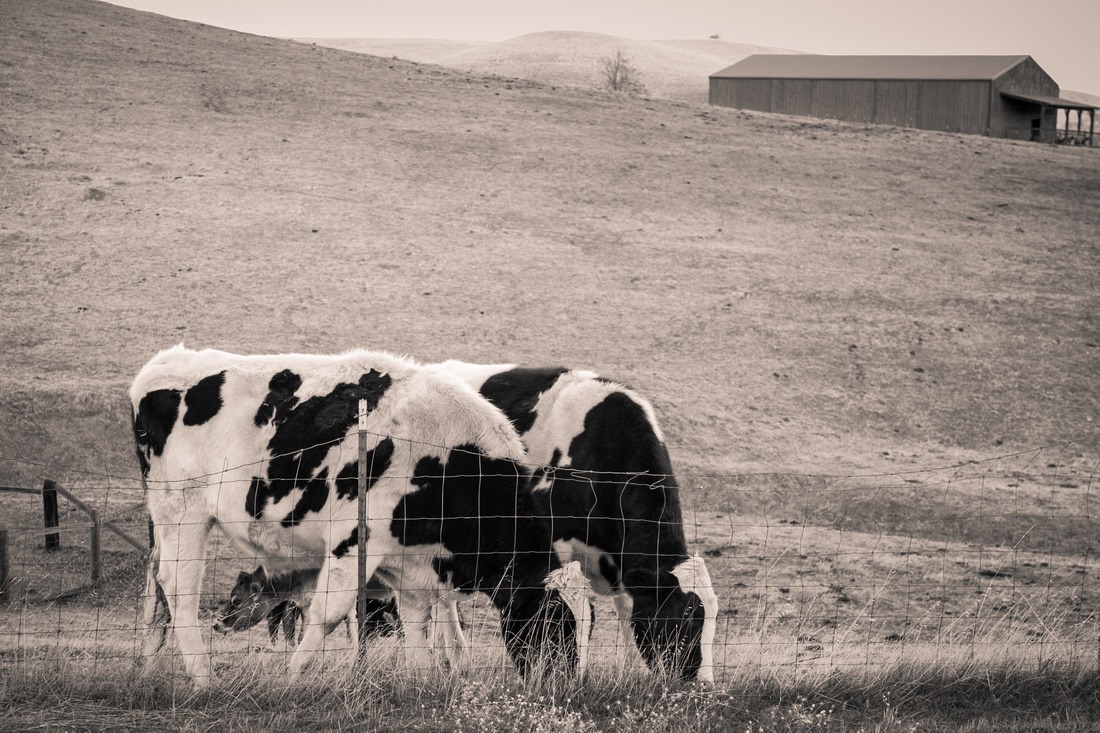 Spending some quality time with the "Moo" company. In this picture - Whittaker, a ~4 year old steer, who was raised on the farm. He was bottle-fed by humans and that is why he has a deep bond with them. There's a spot on his back that when scratched causes his tongue to stick out playfully. He just can't seem to keep it in his mouth :) 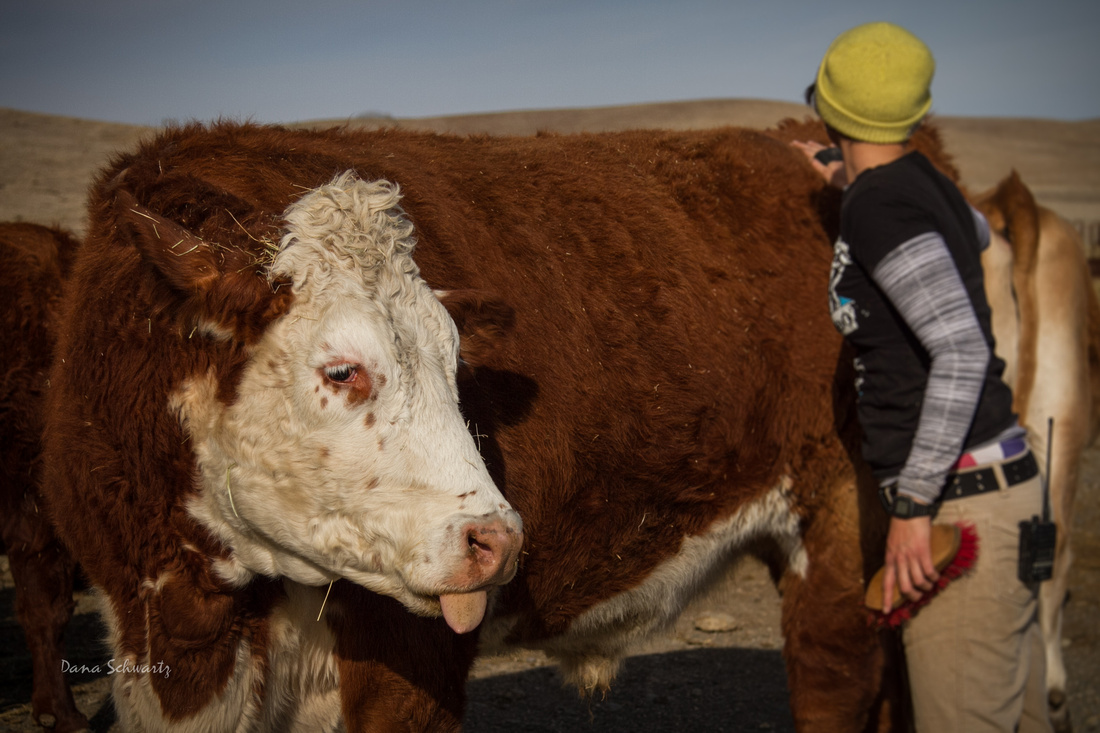 Whittaker just cannot keep his tongue in his mouth

Caregiver Kate gets some lovin' from Peanut- one of the younger steers in the group. 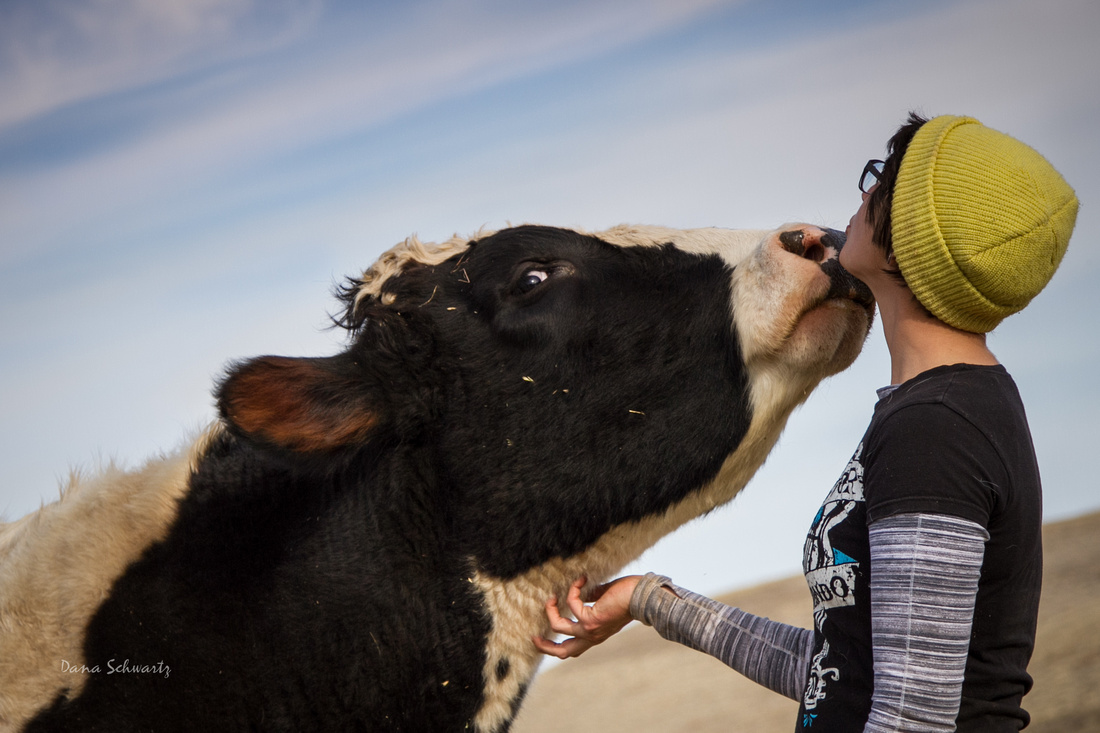 Jenny- another volunteer with Whittaker and Don 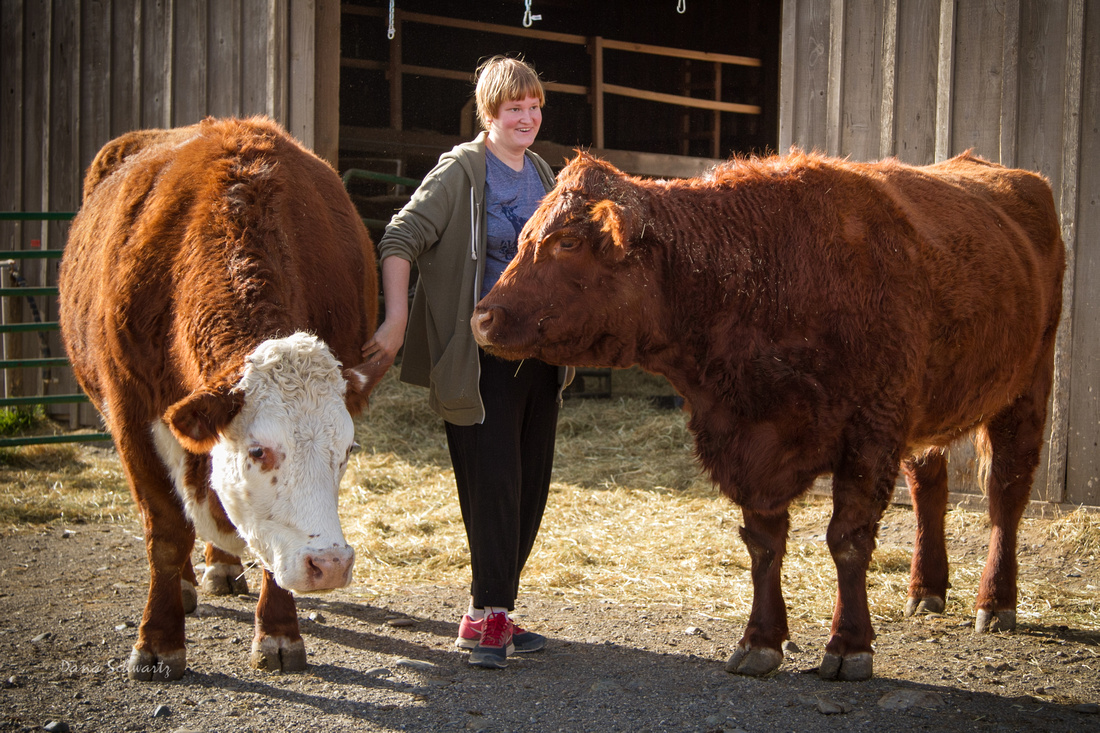 Kate is telling Peanut a secret 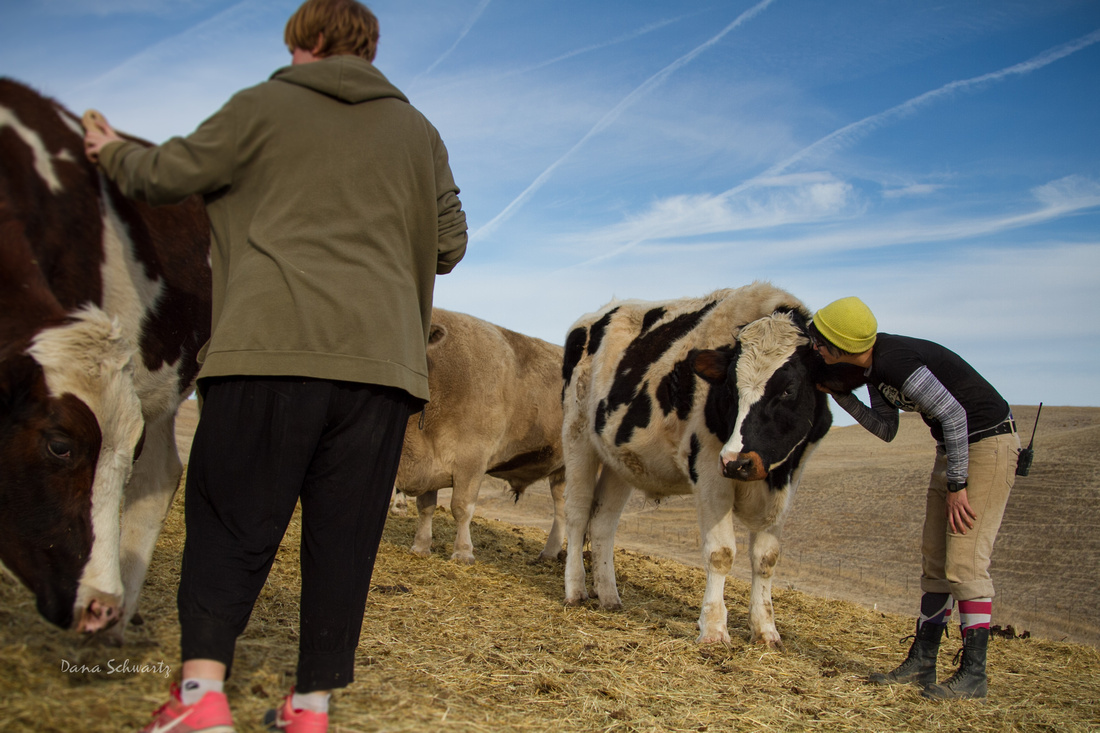 Kate is sharing a secret with Peanut

Kate with Mario, whose crooked face only makes him more endearing 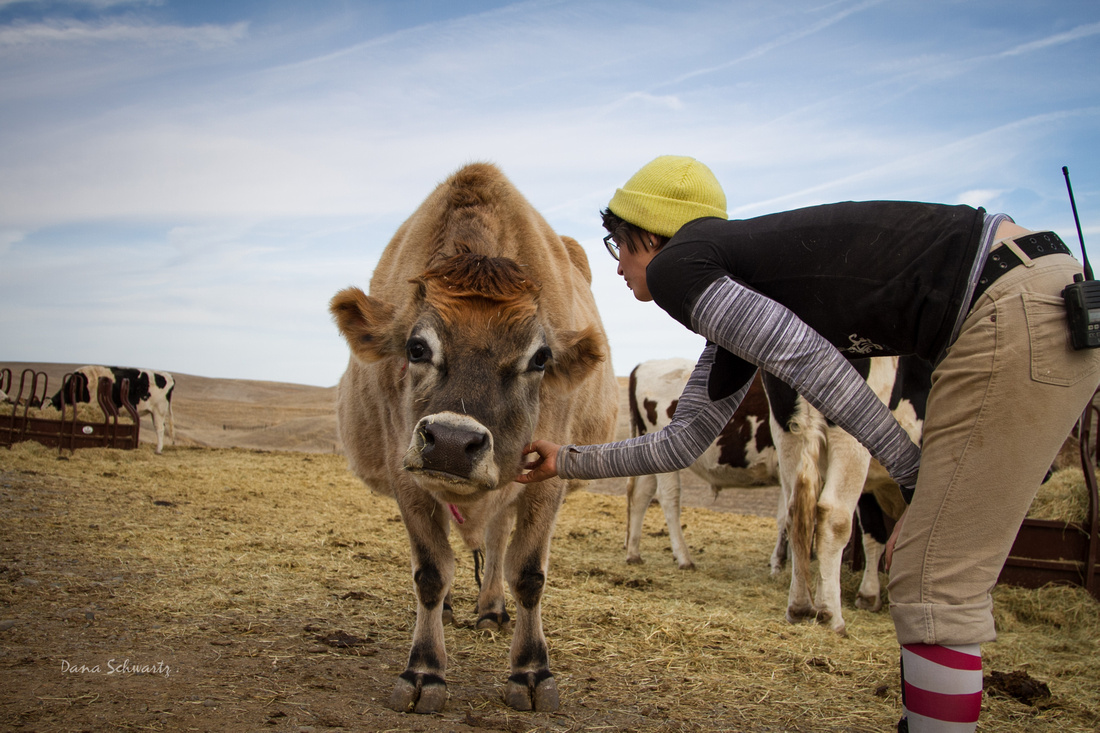 The one who calls the shots- Susie Moo 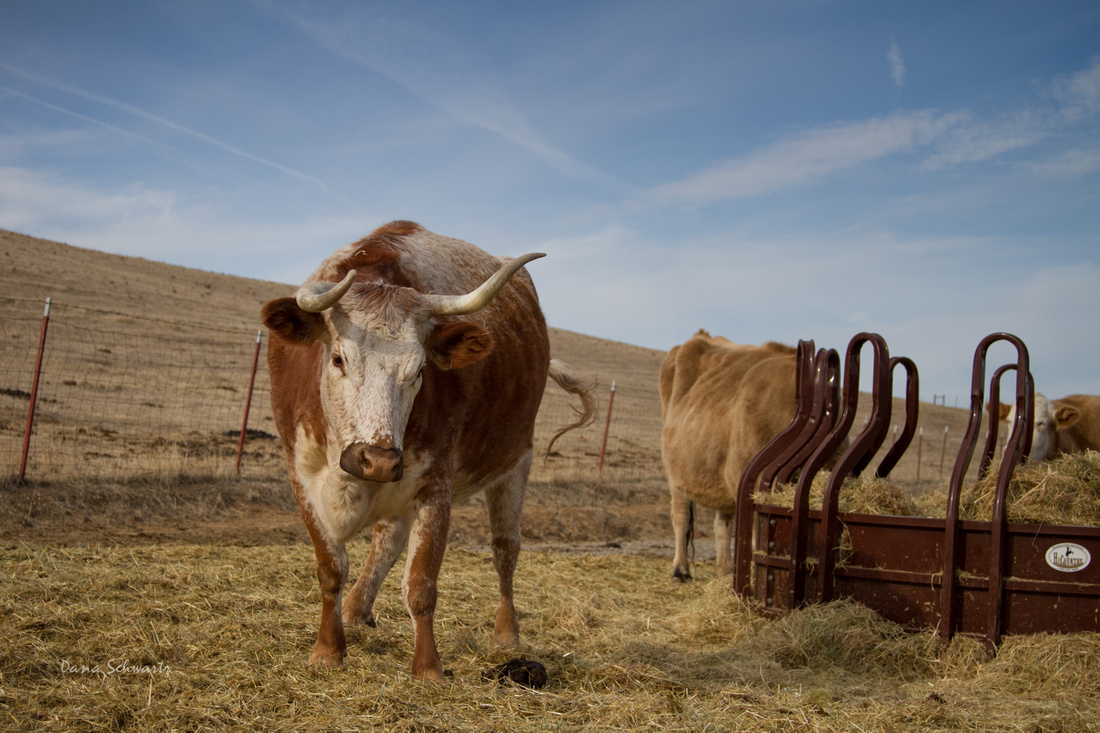 Chester, who doesn't enjoy our company that much

Chester - not happy about our presence

Sierra the donkey - gettin' some love... 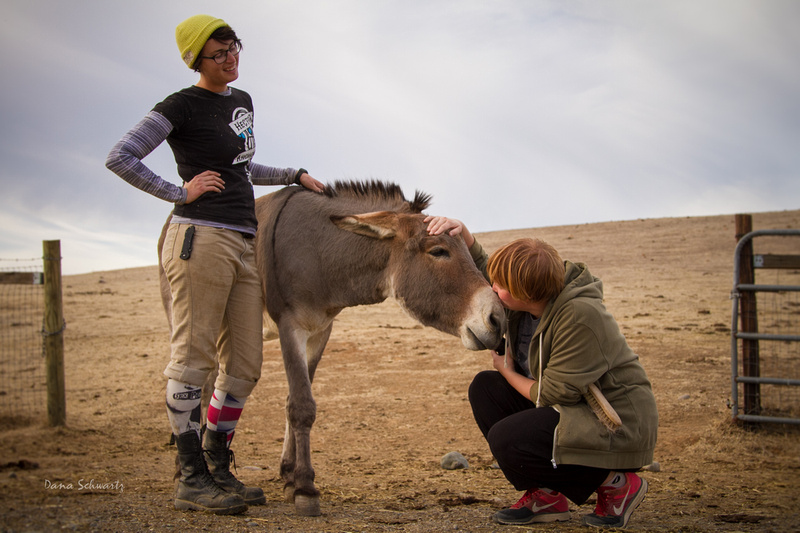 Sierra getting some love 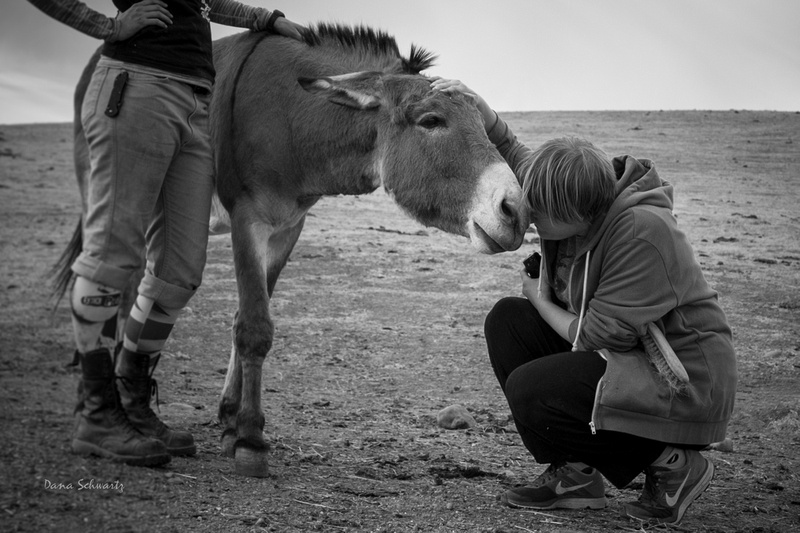 And there he is giving some

Octavia, another volunteer, with Waylon 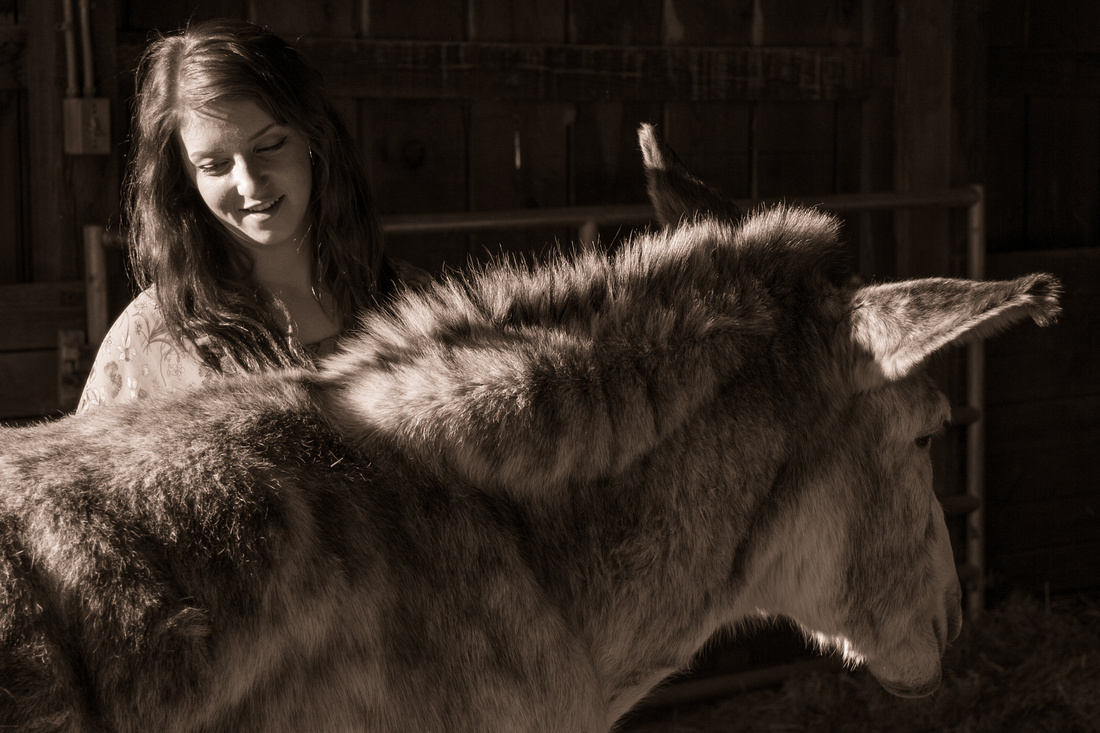 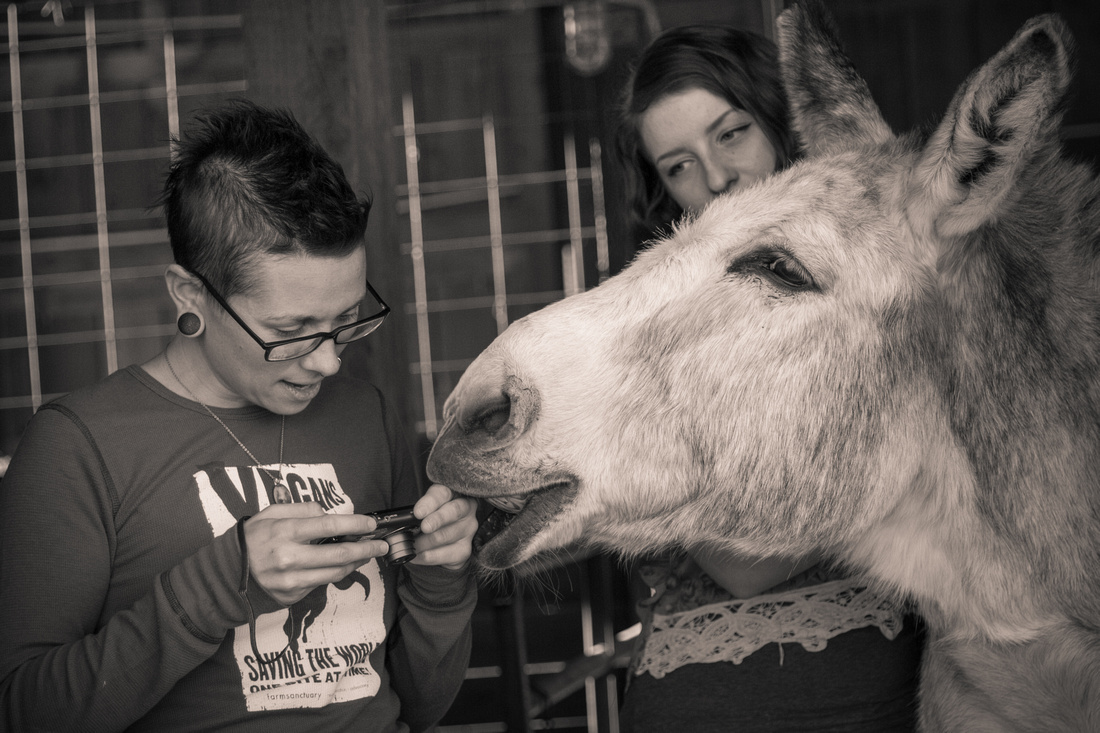 The eggs that the chickens continue to lay, even though they are no longer slaves in the industry, are gathered every day, boiled, mashed and are given back to the birds as a nutrition supplement. It turns out birds eat their own eggs in cases of vitamin deficiency

Eggs - not for human consumption

Amelinda. She is 7 years old! which is very old for a turkey girl - in industrial farms turkeys are slaughtered when they are 3-6 months old. 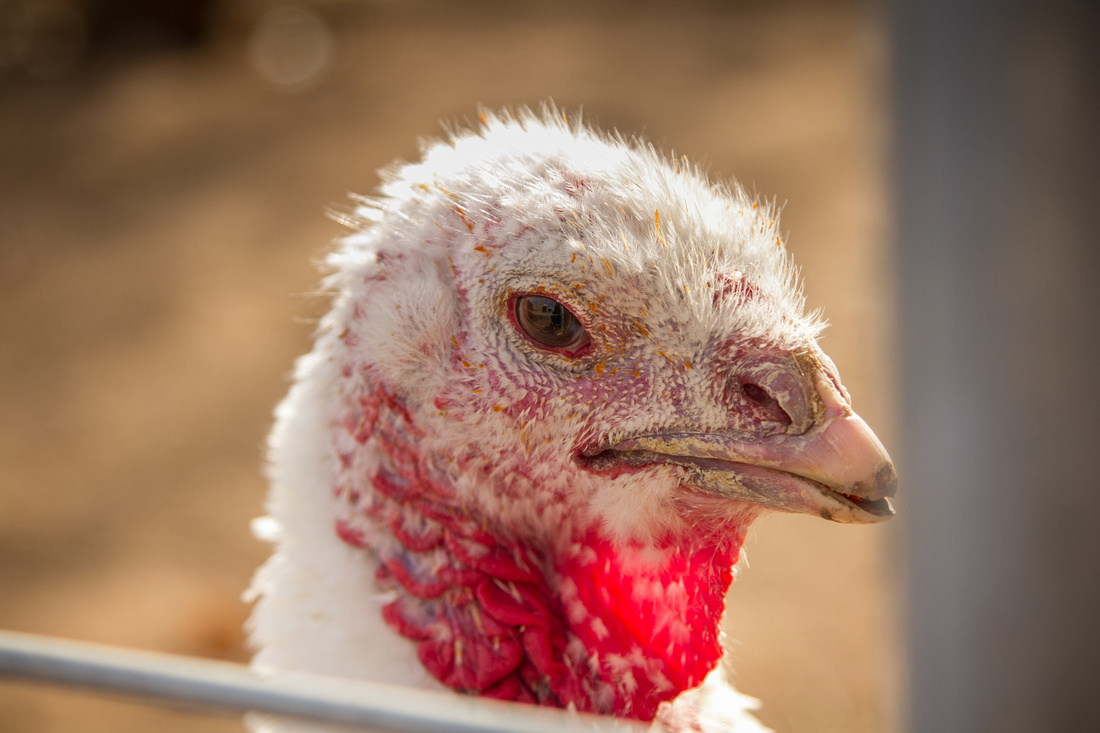 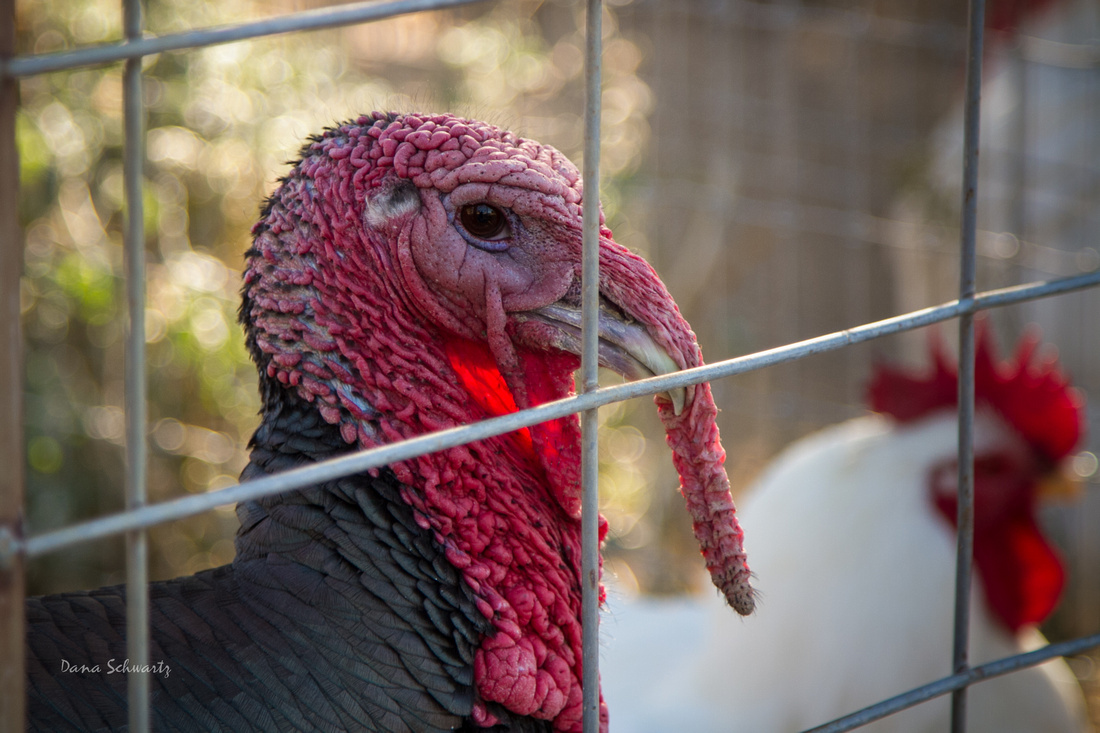 Autumn and Aiden - two young goats who have suffered abuse. Autumn was found in a ditch, tied, with duck tape on his mouth and Aiden was found tied to a garbage container - without food or water, left to die in the middle of the city. Autumn has warmed up to humans, Aiden, however, still keeps his distance. The two are very close. 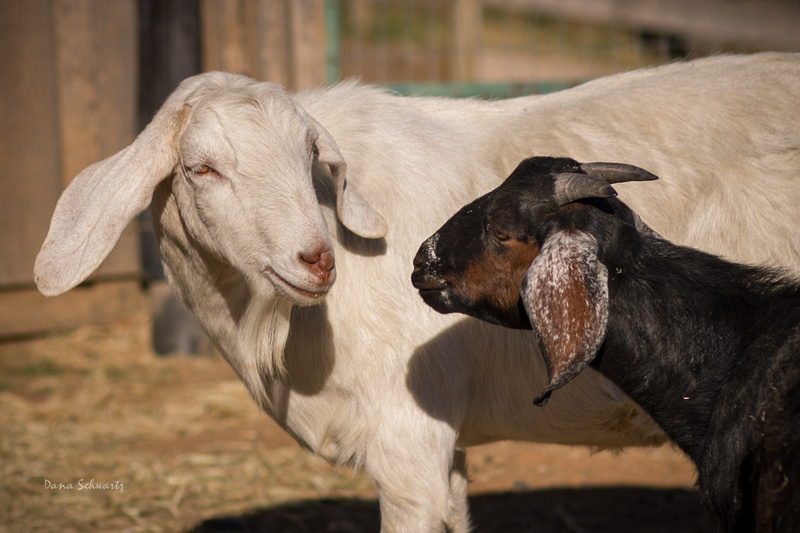 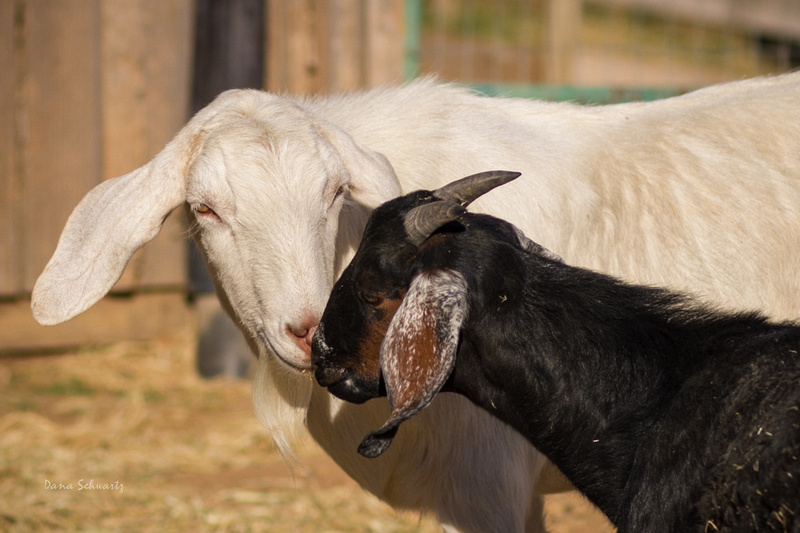 Cessuk, whose ears have been surgically removed due to recurring ear infections 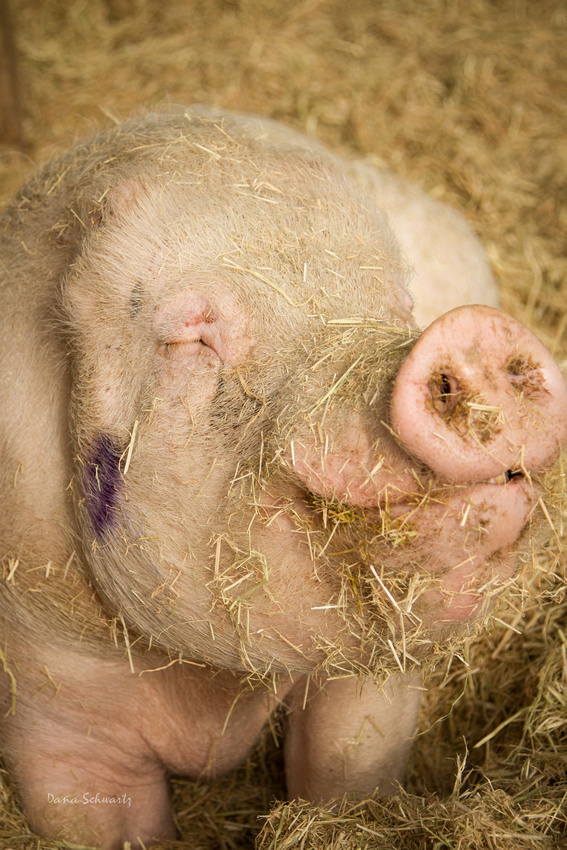 Rosa, sleeping peacefully, in a way reserved for pigs alone 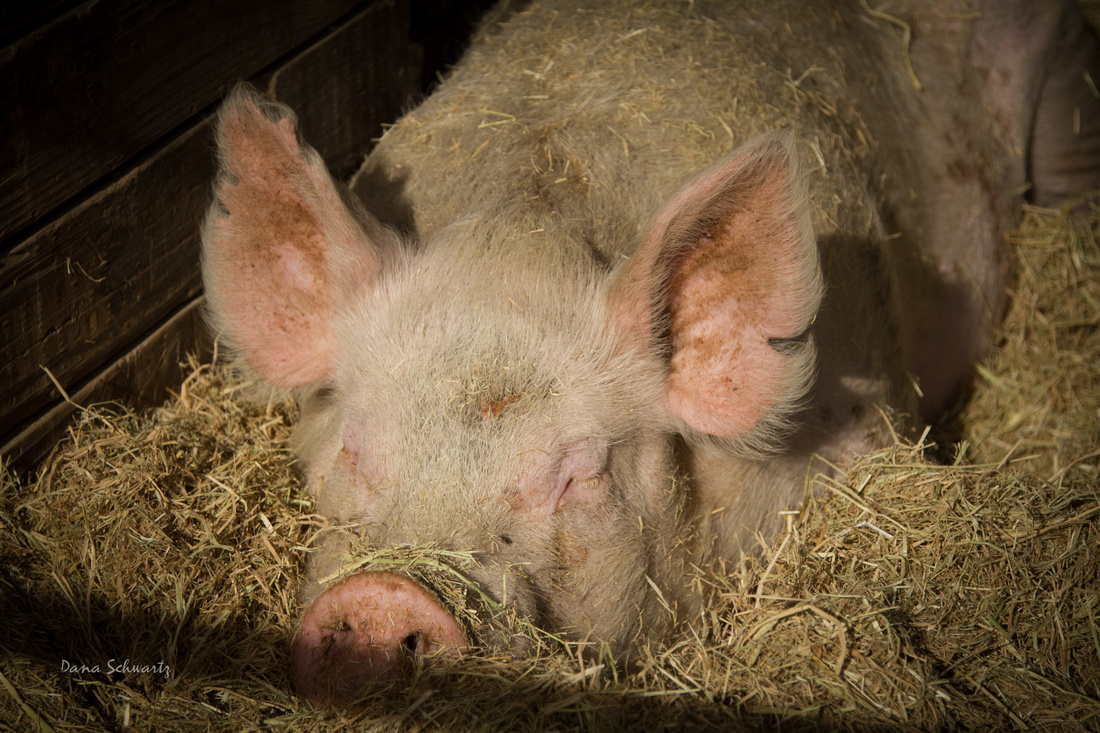 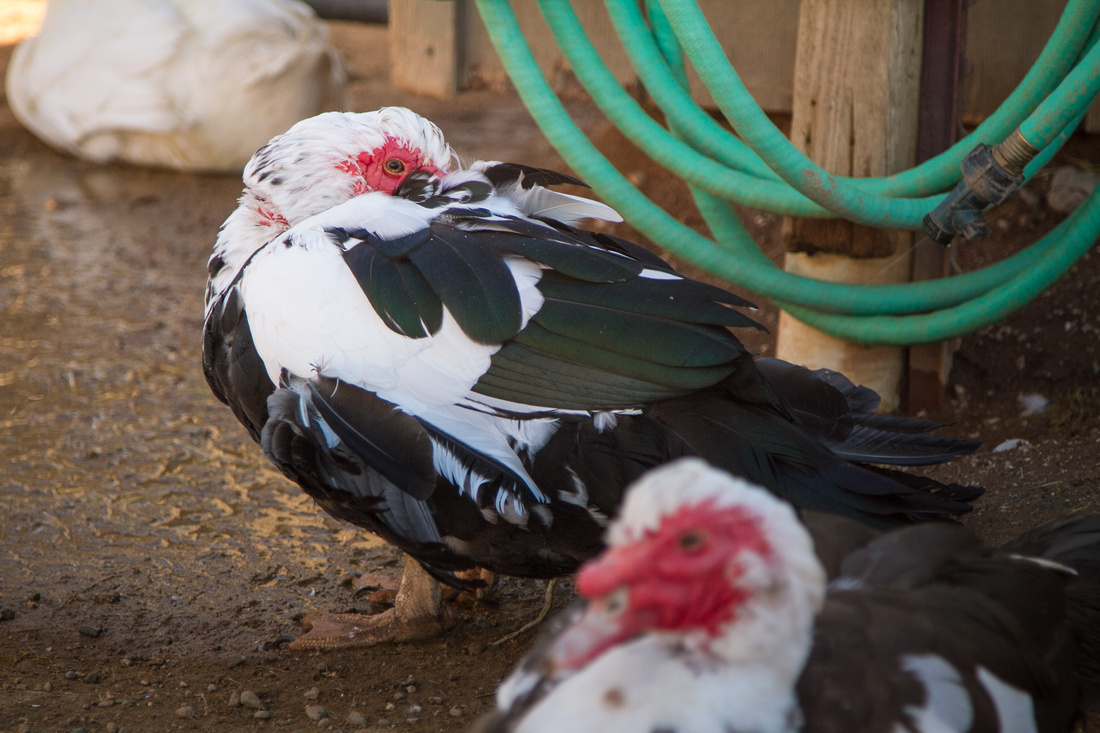 Matisse, The treatment trailer cat- with her magnetic, rare eyes 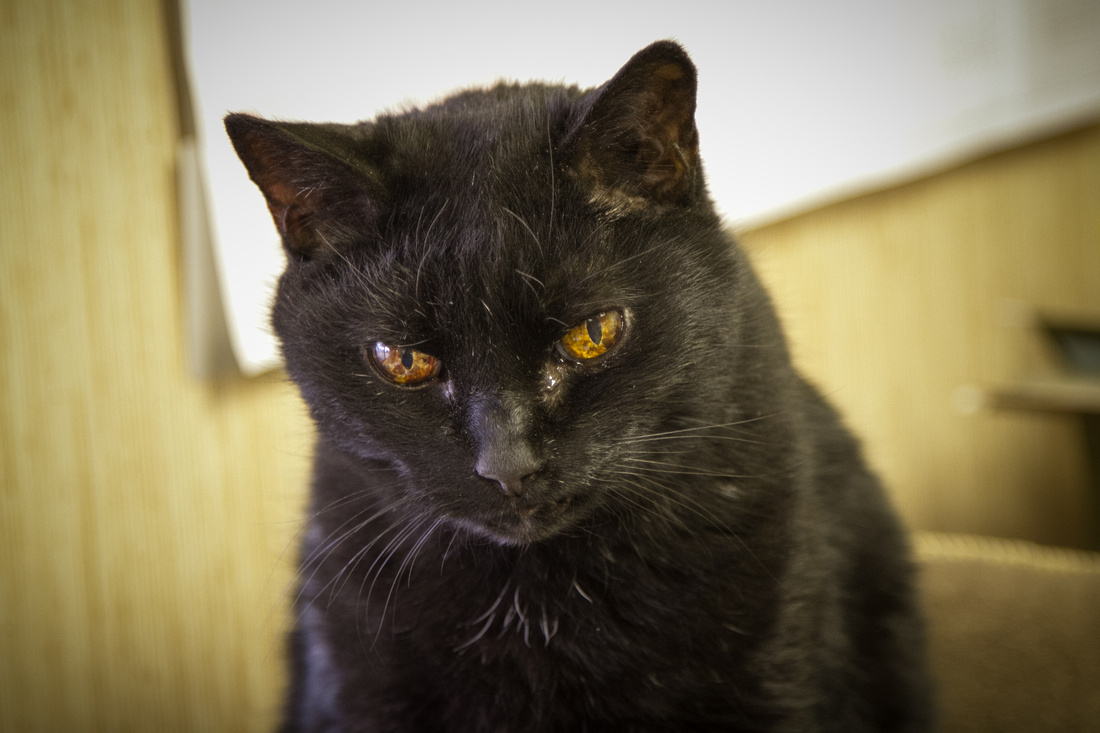 Melvin, who is always looking for sunflower seeds 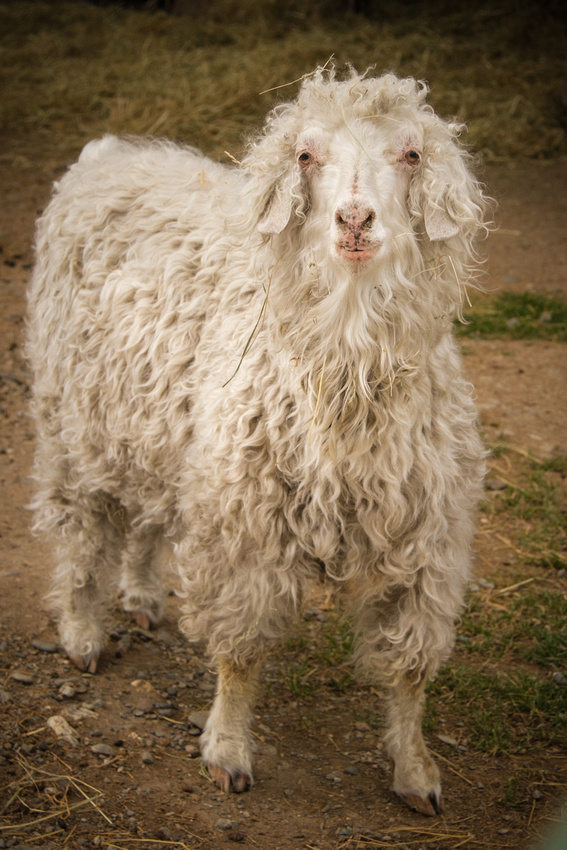 Autumn - loves my fingers a little too much 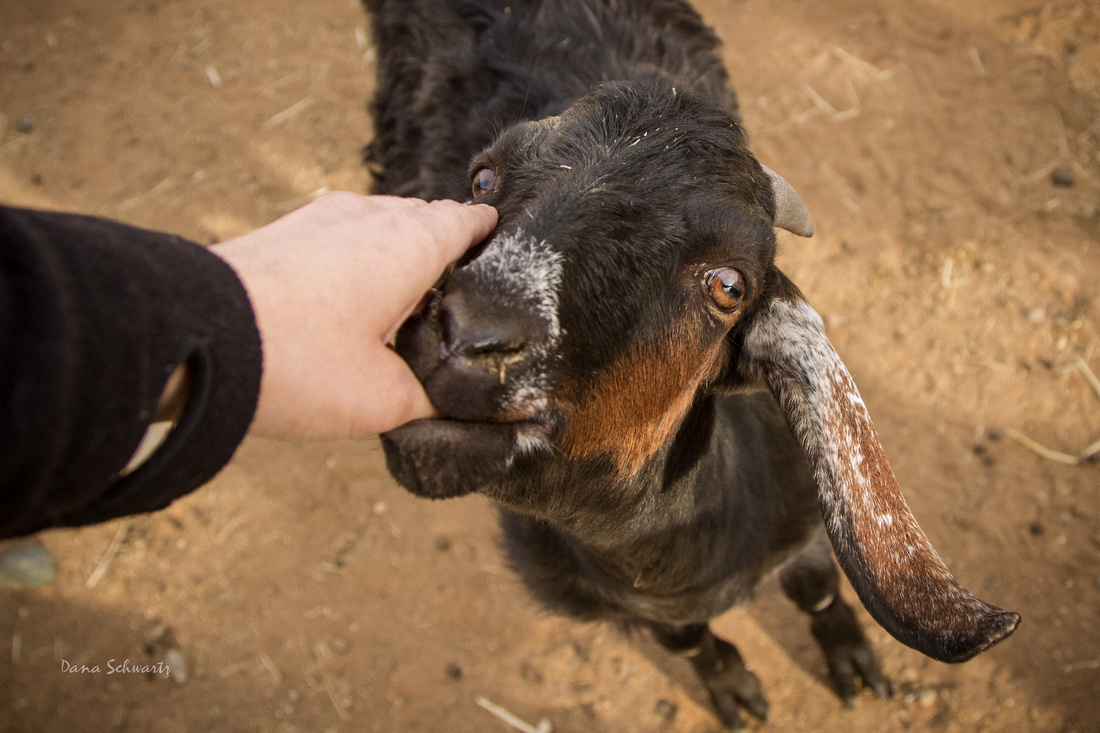 And the magnificent sunsets this place has to offer 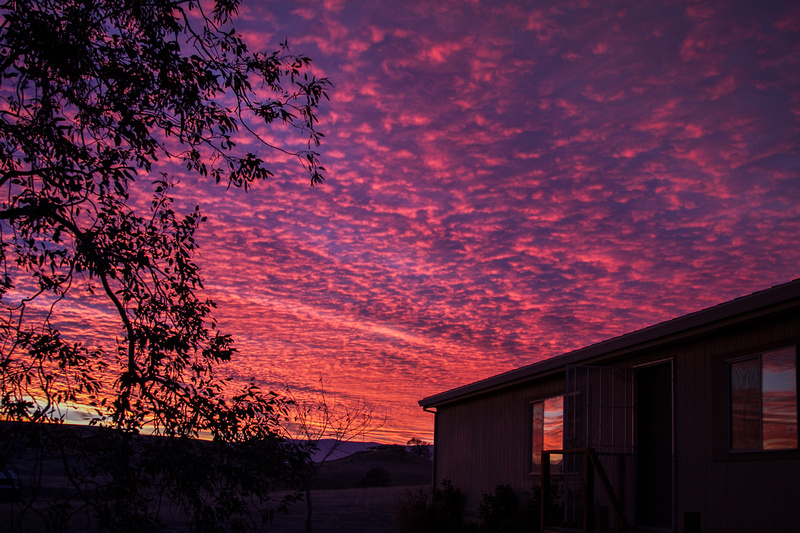 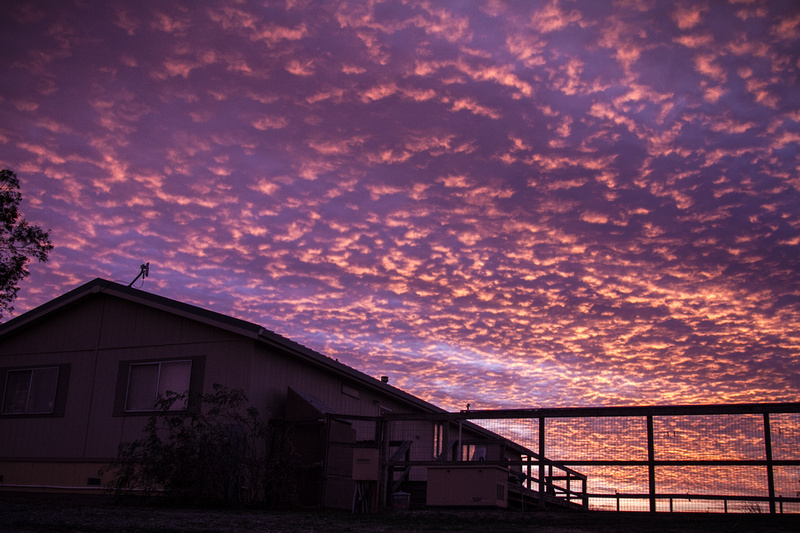 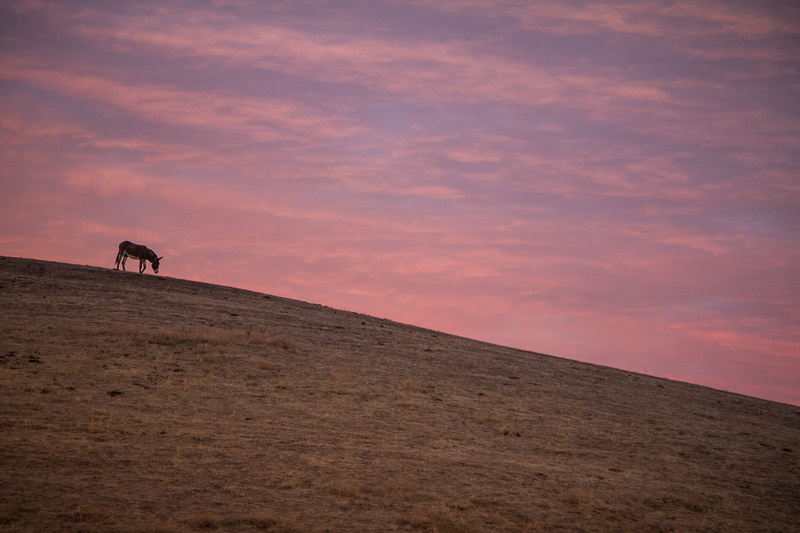 And a bit of scenery 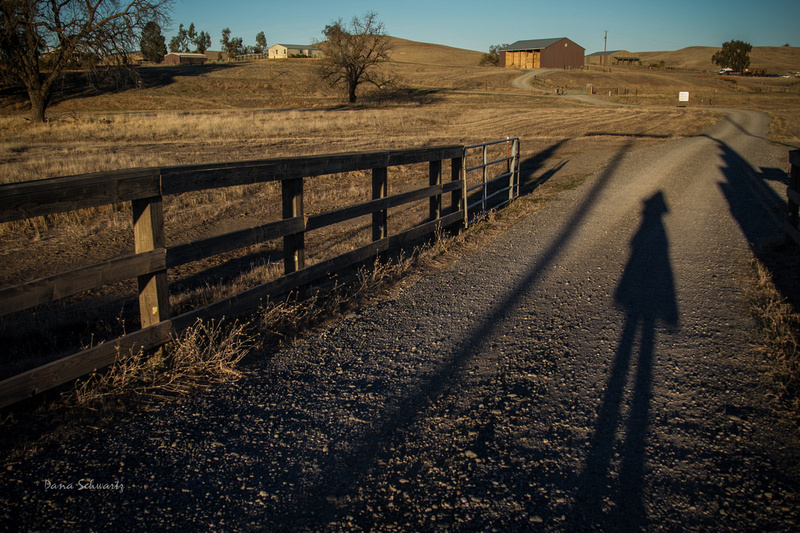 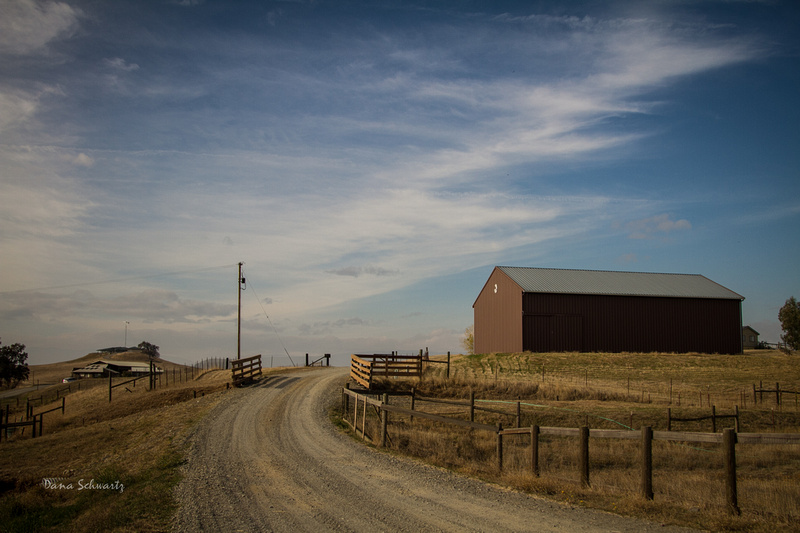 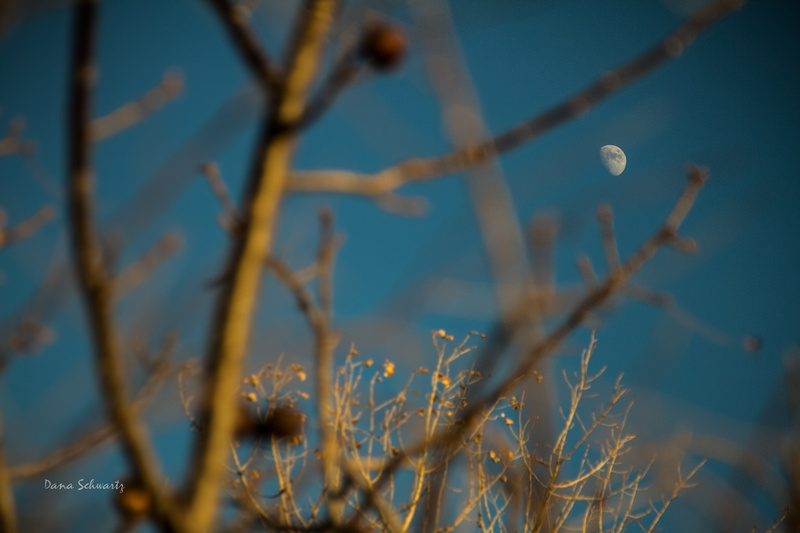 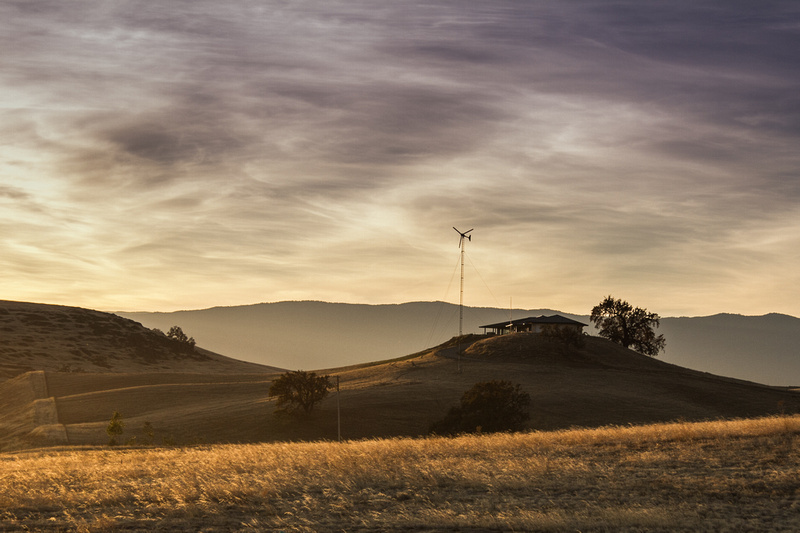 And yours truly - with Phoenix 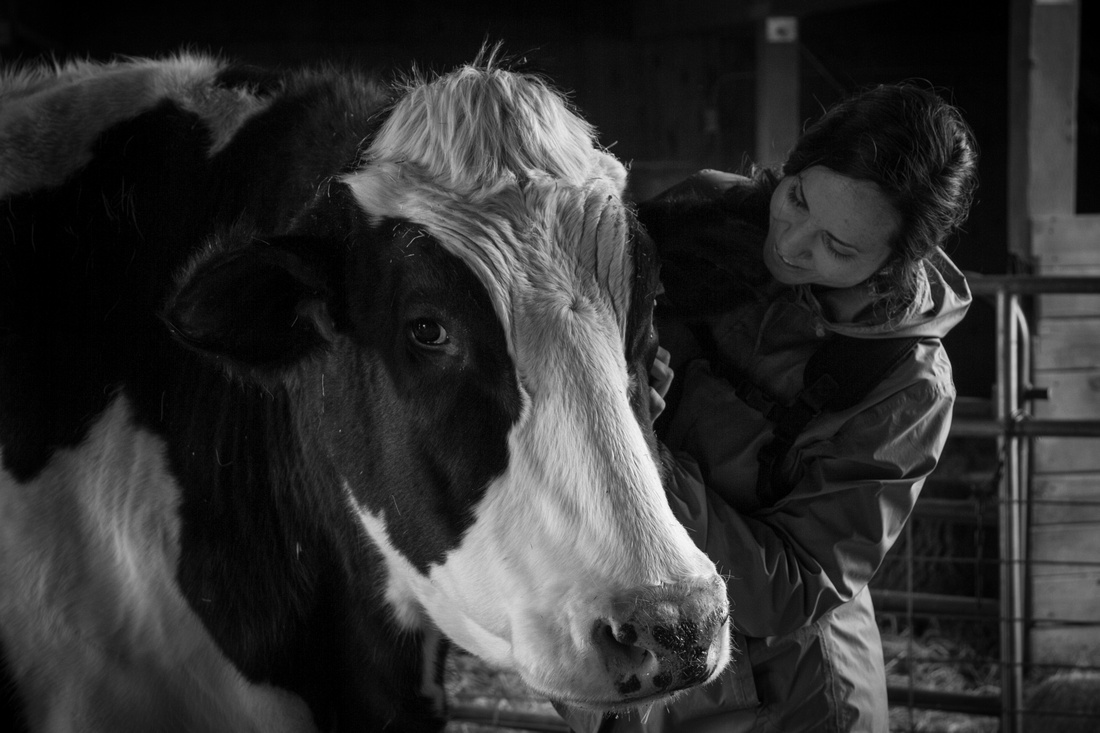